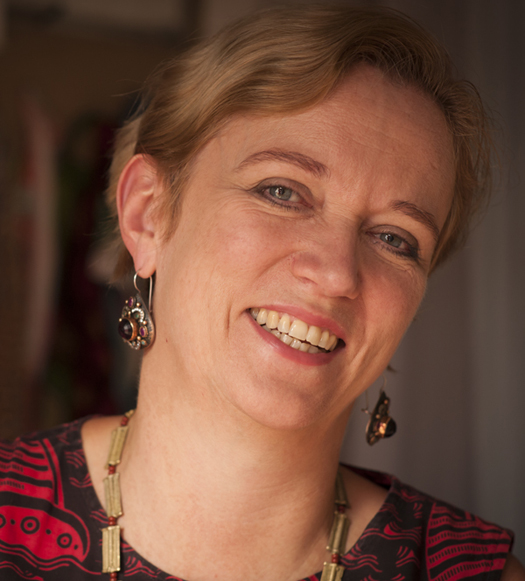 Cressida Bell is a British designer specialising in textiles and interiors. From her London studio, she produces a wide range of products including accessories for men and women and artefacts for the home. She also undertakes the production of many bespoke items from stationery and illustration to murals, carpets and furnishing fabrics.

Cressida set up her company in 1984 on leaving the Royal College of Art. She previously studied in the fashion department of St Martin’s School of Art in its 1980s heyday. Her work is known for its uncompromisingly decorative nature and its independence from mainstream fashion. There is an undoubted influence from her well known Bloomsbury Group forebears (Quentin Bell was her father and Vanessa Bell her grandmother); but it is not an all-pervading one, and she has forged her own very individual style over the last 3 decades. In 2001 she moved into her current premises at Clarence Mews, a bucolic enclave in the heart of Hackney, where she holds an ‘Open Studio’ every November. Studio visits at other times may be organised by prior arrangement.

A short behind-the-scenes video of Cressida Bell's studio for those who would like to know more about the design and production process.